Installing an aggressive body kit on your Subaru WRX is a great way to beef up its appearance and maximize its potential. Afraid to drastically alter your WRX’s appearance? You shouldn’t be. The people who own the following WRXs took the leap and it worked out for them pretty well. Let’s take a look! 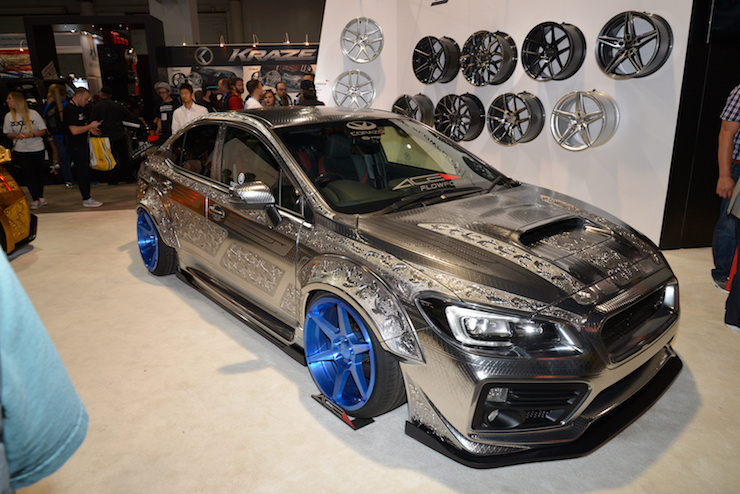 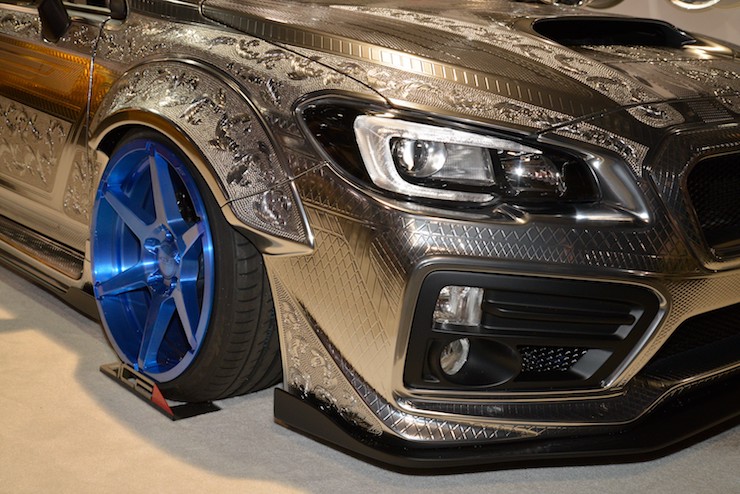 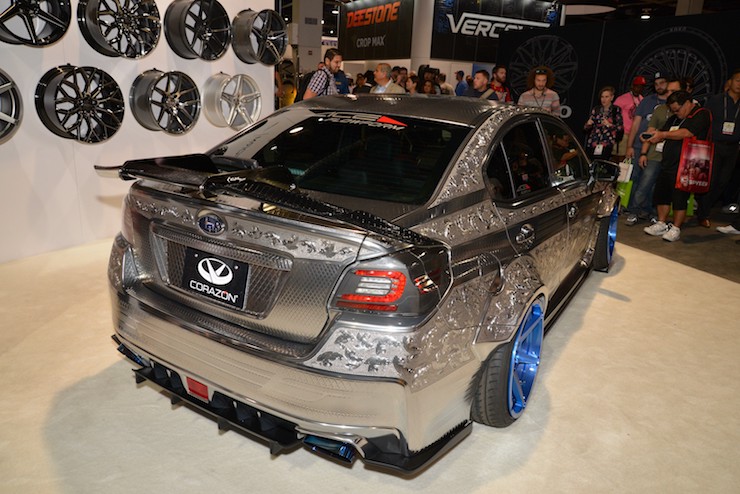 Japanese company Corazon dropped jaws at the 2016 SEMA show with this unique WRX body kit. Not only did they modify the body with large fender flares, a rear diffuser, a deep chin spoiler, and more, but they also spent hours engraving the entire body with a Dremel tool. 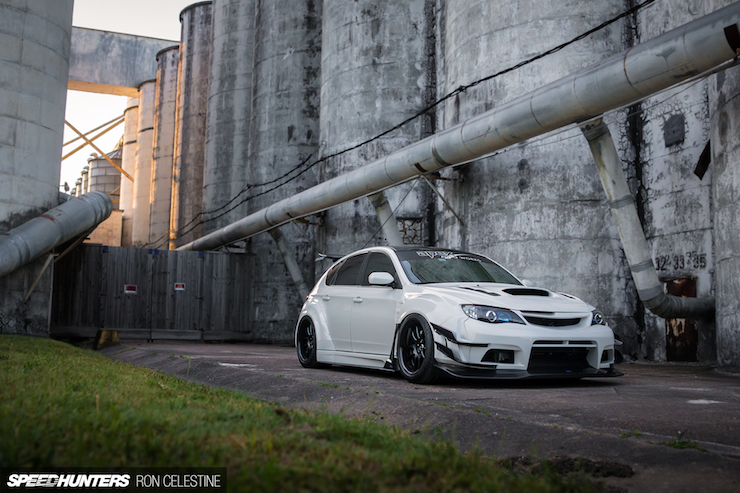 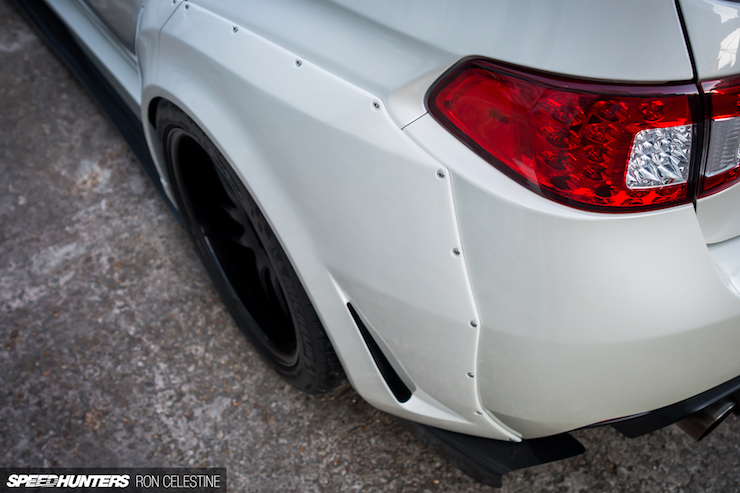 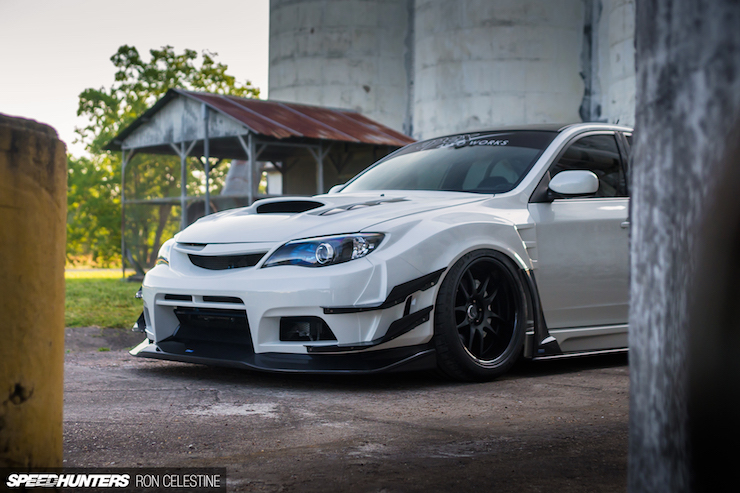 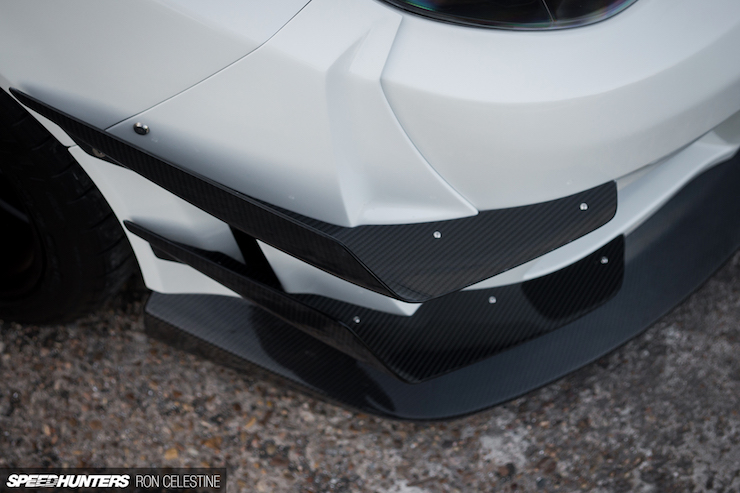 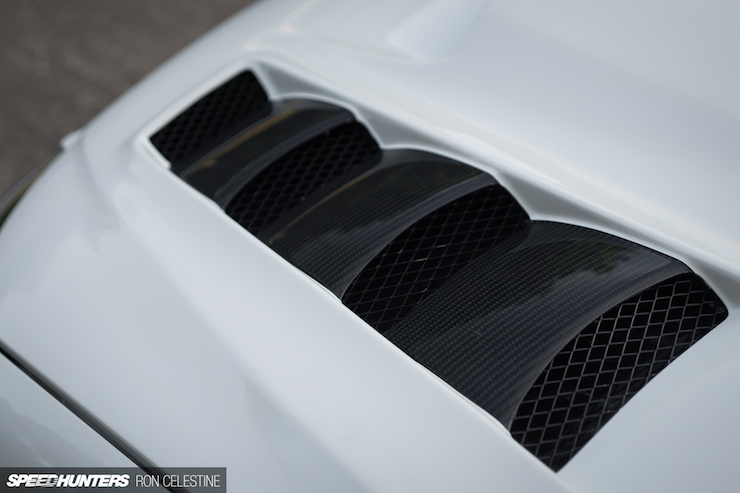 Japanese company Varis makes extreme body kits for Subaru WRXs. This hatchback is a good example of what you’d get with one of their kits. It’s much more beefed up than the stock version with front and rear bumpers, side skirts, air panels, and more. As evidenced in the pictures, one of Varis’s kits will turn your WRX into a work of art.

In addition to this 2005 WRX’s custom mods, including Nukabe tow hooks and a tricked out interior, Northwest Motorsport outfitted this car with a carbon fiber body that turns heads on the street. Their custom body kit includes:

This body kit doesn’t look dramatic right off the bat, but can you say, “holy low ground clearance, Batman”? With the purpose of improving the WRX’s aerodynamics (and apparently lowering its ground clearance), Duraflex offers four pieces in this body kit, including:

If this body kit catches your eye, you can buy it here. 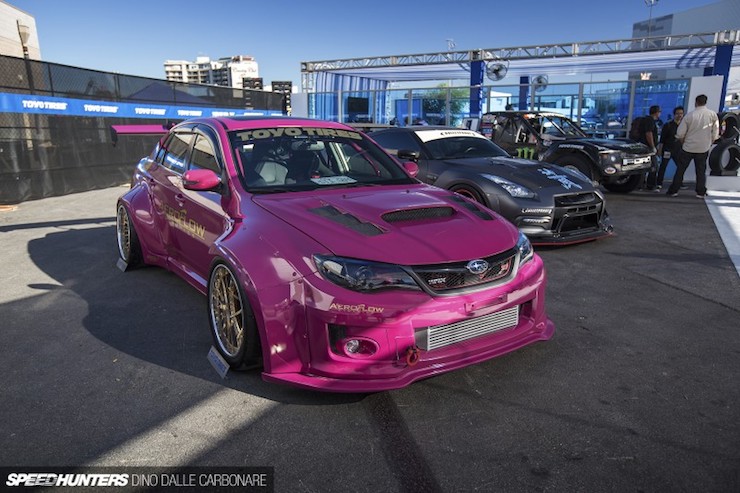 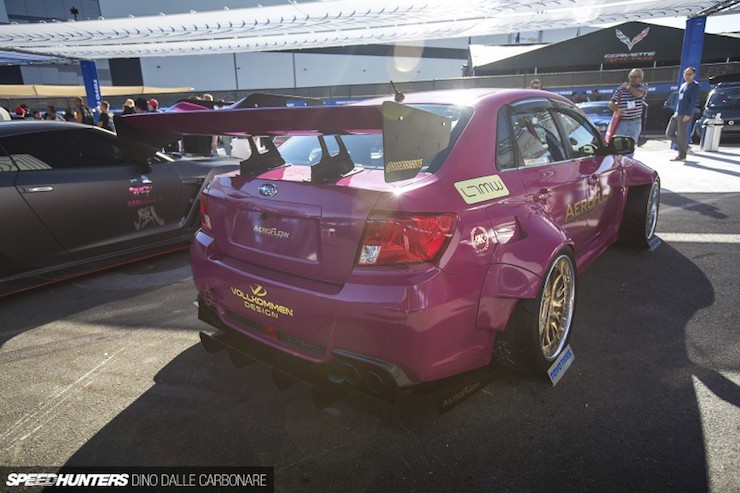 There is nothing ordinary about this WRX. The pink paint job immediately caught our eye, and we ogled the pictures long enough to notice many different cool mods done to this car's body. The wide fenders bring attention to the wheels, which look like they’re sitting outside the original body. We’re also digging the spoiler and the front and rear bumper covers.

Which WRX body kit piques your curiosity the most? Head over to Facebook and let us know!