Sometimes it's okay to install aftermarket parts on your car, like seats, air dams, or wheels. However, when it comes to your car’s structure, you’re better off installing OEM parts.

The crossmember is an important structural component of your vehicle, so cheaping out on a replacement is a bad, bad idea. Aftermarket parts aren’t made with the best quality materials, and they’re not built to OEM specs. This means aftermarket crossmembers pretty much spell disaster.

What Could Go Wrong With An Aftermarket Crossmember?

If you want to save money and play it safe, OEM is the way to go. A few reasons why: 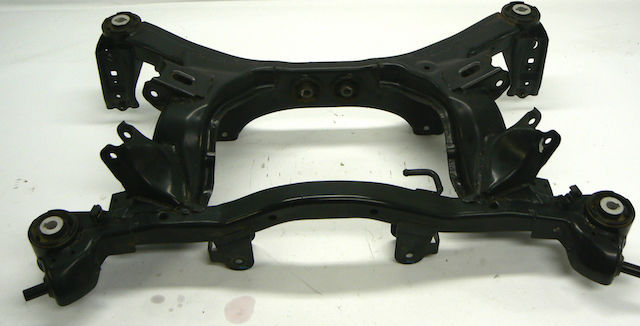 Most people believe that OEM crossmembers cost far more than aftermarket crossmembers. It’s not necessarily the case. Why? Two reasons:

However, if you’re on a budget, you don’t have to eat ramen noodles for a week if you want to give your Subaru what it deserves, which is a shiny brand new OEM crossmember.

The only reason OEM crossmembers cost a pretty penny at Subaru dealerships is because dealers mark up the price by about 30%. You can pay a much lower price for an OEM crossmember online. At SubaruPartsPlus.com, we carry genuine OEM crossmembers at wholesale prices. It’s pretty hard to beat that. Check out some of the crossmembers we have available in our catalog:

All genuine OEM Subaru parts are covered by the Subaru Replacement Parts and Accessories Limited Warranty. That means in the rare occurrence that your OEM crossmember fails within one year of installation, it will be replaced for free.

Aftermarket parts, including crossmembers, typically aren’t covered by any sort of warranty. Pair that with the fact that aftermarket crossmembers may fail early as a result of quality and fitment issues. You'll be looking at the risk of paying for a whole new crossmember in the near future.

Not only are OEM crossmembers built with durable high-quality materials that will withstand the most extreme weather and road conditions, but they are also built to OEM specs. This means that an OEM crossmember is built specifically to fit your Subaru model. This brings us to the next point…

3. You Don’t Have To Modify Anything 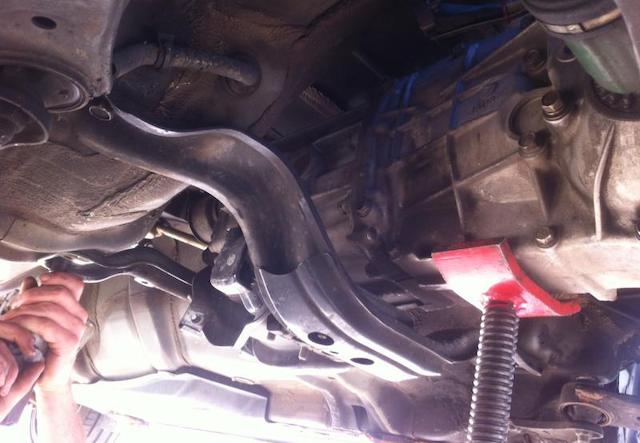 OEM crossmembers are direct fits. With an aftermarket crossmember, you may have to modify related parts or add spacers or longer bolts. Even the slightest modification could seriously compromise the crossmember’s strength and ability to bear your vehicle’s weight.

Get your OEM replacement crossmember at a wholesale price today!