The Subaru Forester is one of the most popular compact crossovers available on the market. Whether you already own one or you’re looking to buy one, it can’t hurt to know what it’s capable of towing.

When Subaru debuted the Forester in 1997, it had a towing capacity of 2,000 pounds. In 2003, Subaru upped it to 2,400, only to reduce it to 1,500 pounds in 2014. We’re guessing the downgrade was because Subaru already had the Outback as a rugged towing vehicle and they wanted to move the Forester in a more upscale direction.

The good news is that the Forester is still strong enough to tow some things, including:

The next time a buddy calls you and asks you to help them move, you don’t have to make up an excuse (unless you want to, of course). Just grab an enclosed cargo trailer, which weighs about 900 pounds empty, hitch it up to your Forester, and get right to work!

2. A Motorcycle or Jet Ski

Yes, your Forester can pull around your toys! With a trailer weighing roughly 500 pounds, you can easily pull around an 800-pound motorcycle or jet ski. 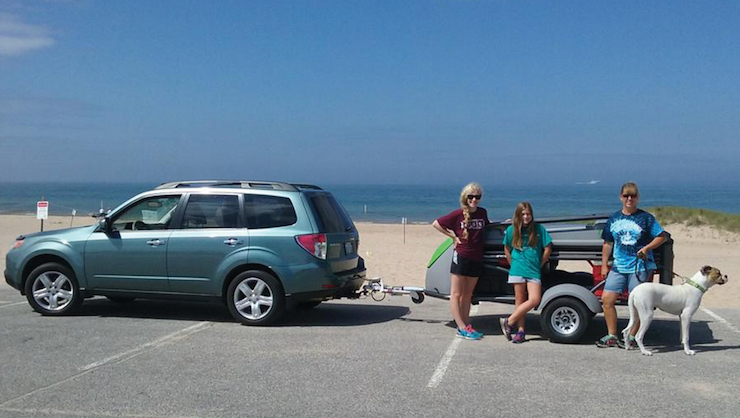 A Forester can tow a small camper, too!

Before hitching up your Forester, it’s worth taking a few minutes to read some essential safety tips for towing: