What Happens When A Bent Crossmember Is Not Replaced Right Away 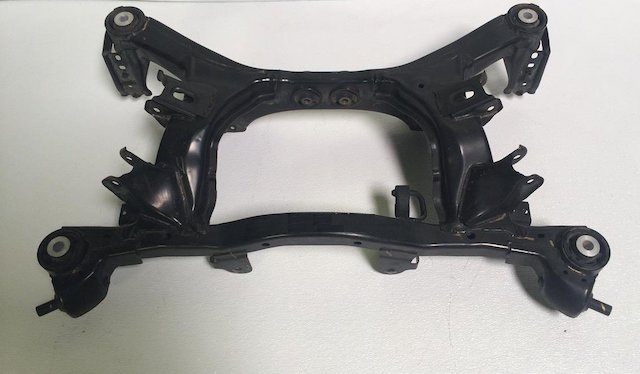 When you have a bent crossmember (even one that’s slightly bent) on your Subaru Legacy, its structural integrity is compromised. Other problems will also arise, such as:

The best way to prevent the above issues from cropping up is to diagnose a bent crossmember and then replace it straight away.

What If A Crossmember Replacement Isn’t In Your Budget?

A crossmember replacement at a Subaru dealership can run you several hundred or a thousand dollars because:

A bent crossmember is one of those issues that will cause more damage the longer it remains on your car. If you act quickly, you can avoid a huge repair bill that involves fixing or replacing affected parts. It’s in your wallet's best interests to replace your crossmember as soon as possible.

The good news is you don’t have to take out a second mortgage to get your crossmember replaced. You can definitely swap it out at home as long as you have a reliable car lift and this handy tutorial. 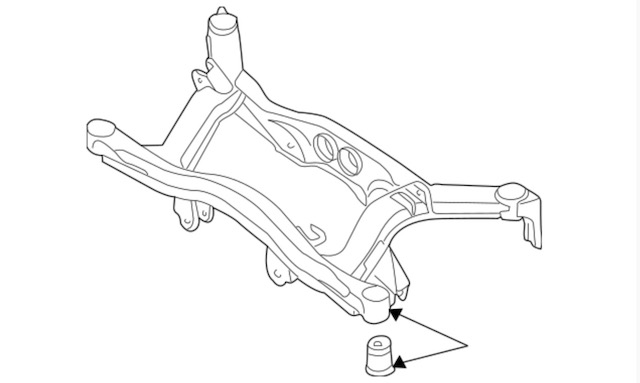 Even though your time is worth something, you still don’t have to pay any cash for labor if you take care of the replacement yourself. The only thing you’ll have to pay for is a replacement crossmember, which brings us to another piece of good news:

You can save quite a bit of money on a genuine OEM crossmember if you buy one from us at a wholesale price. For example, this crossmember for 2000-2004 Legacies (part number 20152AE00B) costs about $340 at dealerships. But it’s available on our site for only $236. Look up your Legacy in our catalog to see if we have the right replacement crossmember for you at wholesale pricing.

Replacing Your Legacy’s Crossmember In 9 Steps

Take the following steps to replace the crossmember on your Legacy in the quickest, most efficient way possible:

Please contact us if you have any questions about the replacement process.